The Canadian author-historian, Margaret Macmillan, who wrote the seminal work “Paris 1919″ on the 6-month long international conference in Versailles at the end of World War I, wrote of a Vietnamese kitchen assistant working at the Ritz Hotel in Paris who unsuccessfully sought to have his country recognized by the great powers among the swirling hustle of the major powers, including France, Britain and the emergent United States. The kitchen assistant, a gangly, thin but determined 28 year old, was Ho Chi Minh, who in September 1945, declared Vietnam independent following the surrender of Japanese forces to the US at Tokyo Bay. 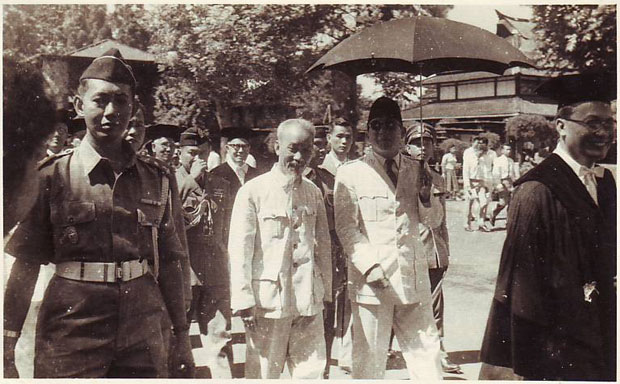