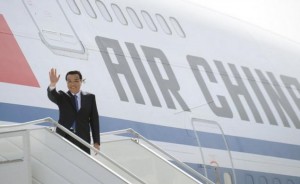 The Other Face of China

Books about contemporary China can be divided into two schools. By far, the most numerous belong to the first, which largely praises China’s rapid and impressive macroeconomic growth since the early 1990s. These groups of academics, businessmen and journalists believe that China’s rise as an economic power will surpass the United States, making them “the world’s largest economy” by 2030. They project that China will not only become the premier economic power, but also become the preeminent military and political power that overwhelmingly determines the terms and conditions of the new world system, replacing the United States in the military, financial and monetary power index to the point of dominating the commanding heights of world influence.

Political and economic analysts vie with fund managers, public relations specialists, economic and business forums , futurists and psychics, along with outright hucksters seeking to land a fat contract with a Chinese investment company or government office keen at expounding notions such as “when China rules the world”, “the post- American world” or “the hemispheric shift to the Asia and the Pacific”, with all the consequences of how that trajectory of Chinese power will impact the rest of the world.

Markets, finance, oil and mineral deposits in Asia, the Middle East, Africa, Latin Americas all are inextricably linked to the need to sustain China’s inevitable leap to the top of the table of power relationships.

The second school of thought draws an entirely different projection and conclusion. Members of the more “sober” view are less numerous and rarely capture headlines in the media and specialty trade magazines. Susan Shirk, a former American diplomat now teaching at a university in the United States, drew a more restrained picture in her 2005 book The Fragile Superpower, in which she sought to assess China’s weak institutional support in the internal structure and reach of China’s elements of governmental power. Others in this group focus on China’s opaque banking system run by the state-backed system with little capacity to develop a robust “red capitalist” financial system to underwrite the burgeoning economy away from the blistering growth in the Eastern coastal area of China, to China’s vast hinterlands in the north and west.

Gerard Lemos, a former British Council official who spent more than four years teaching at the Chongqing University of Technology and Business, has written The End of the Chinese Dream, based on his field experience gauging “the real world” of China’s rise from the ground level, in and around China’s third-largest city and its environments.

Eschewing the broad macroeconomic projections favored by marketing firms, Lemos embarked on examining the dynamics of China’s forgotten poor. Central to his message of getting to the real fate and feelings of the marginalized poor is his use of employing “The Wish Tree” method of assessing opinion among the underclass.

Behind the blinding figures of an eight percent GDP growth rate, the skyscrapers of Shanghai, Guangzhou, Beijing and “the unattractive urban sprawl of Chongqing” highlighting the promise for the emerging 300 million middle class, lies the grim reality of fear, uncertainty and continued abject deprivation of millions of Chinese workers who fear for their health, family well-being and financial support as a result of the Chinese government’s decision in the early 1990s to embark on political and economic reform, and entry to the wrenching and ruthless market-based global economy.

In the 10 years between 1992 and 2002, the government laid off 50 million workers from state enterprises, and another 18 million that lacked the benefits provided by their old jobs. During the same period, there were 400,000 registered cases a year of mass social protests across the country, in some cases involving murder, clashes between urban workers and migrants competing for a living wage. Inequities and injustices among the urban-rural divide also grew sharply, taxing the competence and resources of the People’s Security services and, in some instances, requiring the deployment of the People’ s Liberation Army to contain and suppress violent action by the poor.

Lemos lists a number of issues that arise from collecting data and feelings of those who registered their fears and worries through the “Wish Tree” they signed into. Fear about their future: unhappy families, educational pressures, failing health, prolonged financial insecurity and the dangers of polluting industries.

During the rule Mao Zedong in the 1950s and early 1960s, the Chinese dream consisted of owning a bicycle, a radio, a watch and a sewing machine. Under Deng Xiaoping in the late 1980s and early 1990s, the list consisted of “the eight bigs”: color television, refrigerator, stereo, camera, motorcycle, furniture, washing machine and electric fan. The 2010 China Human Development Report listed “the three bigs”: an education, a house and a car, but noted that finding jobs, access to medical service and attending school also became big concerns.

China’s current problems, albeit on a lesser scale, are a warning to other emerging markets, including: Russia, Brazil, Mexico, Nigeria, India, Pakistan, South Africa, Indonesia, Vietnam and Bangladesh. Growth may be fine for the middle class, but not for the forgotten lower class. As in China, the most challenging political economic issue is the widening Gini coefficient index, which has risen from 0.32 to 0.45 in income inequality, equal to contemporary United States, the most unequal society in the “developed world”. In differing trajectories, China and the US must each address this severe disparity in the monetized banking and financial worlds. Their success or failure in facing this reality, will decide which country remains “top dog” in 2030.