Posts from the “Defense” Category 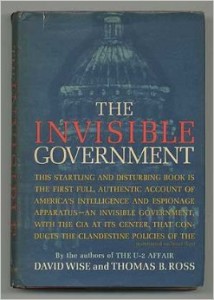 Even with the current burden of its deficits from the 2007-2008 financial crises, the US’ defense budget of US$650 billion remains greater than the combined defense budgets of Russia, China, India, Japan, Britain, France and seven advanced countries in Europe. Control of the global commons remains in the US’ strong hands.

Defense of the global commons has two dimensions: a strategic-military dimension; including cyberspace, nuclear, sea and air conventional forces and undersea capabilities, and the natural-environmental dimension; including water, natural resources, Arctic regions and climate change.

Like other dominant powers throughout history, the US has sought to prevail over management of the global commons within the context of its national interest, hence the scope and size of the US defense budget.

In 1992, Washington spent more than $450 billion on 700 American bases in North America, Europe, Asia and the Pacific, the Middle East, surpassing the defense expenditures of the next 12 major powers combined. From the Arctic to Northern Europe to the tropical waters of Oceania, the sun never set on the backs of American GIs.

Twenty years later, the United States is spending $650 billion to sustain America’s global leadership over the next decade, even as it phases out $450 billion in spending over the next 10 years.

Part of the reduction is related to addressing US deficits after more than 15 years benefitting from loans extended by Europe, China, Japan and South Korea. All of these countries enjoy the privileges of America’s security assurances. China implicitly acknowledges the need for the US’s “stabilizing presence” – despite its occasional defiant rhetoric and statements of its national interest in the Taiwan Strait, the Korean peninsula, the South China Sea and the Malacca Strait.

The rise of East Asian economies has led Washington into tricky negotiations and to forge new implicit understandings about the cost structure of safeguarding the regional commons regarding international trade, investments flows and political pre-eminence in East and Southeast Asia.

Both regions are subject to the area of responsibility of the US Pacific Command, whose essential role in cyberspace and nuclear and undersea capability remains both intact and unchallenged. The phased reduction of US defense expenditures may reduce America’s near hegemony, but credible alternatives to Russian, Chinese or Indian “spheres of influence” have yet to materialize.

While China enjoys a comprehesive strategic relationship with the US, China is well aware that its investments across the world are secured by US military forces. While US soldiers and marines secure Iraq and Afghanistan, Chinese oil and mineral companies have gained rights in Iraq’s northern region and to mine copper in Afghanistan. China’s access to Brazil’s “Chinamax” superport has guaranteed an adequate supply of iron ore for China’s burgeoning steel industry — yet it is the US Navy’s omnipresent 11 carrier strike groups worldwide that ensure China’s access to oil and strategic materials from Africa and that its worldwide exports to emerging economies are delivered on time.

While it takes two to three weeks for Chinese oil tankers to reach their ports from the Persian Gulf, it is US naval strike groups in the Indian and Pacific Ocean that secure strategic military commons. China may be keen to present the renminbi as alternative currency to the US dollar and the euro, but the risk of imported inflation by loosening its peg to the dollar will force China to consider the security costs of abruptly challenging America’s military primacy. In addition, America’s dominance in cyberspace security over international finance and banking transactions across Hong Kong, Shanghai, Tokyo, Seoul and Southeast Asian countries faces no serious challenge.

In the long run, US management of the strategic-military and the environmental commons will have to be rebalanced with the assistance of China, Russia, India, Japan and other growing economies and markets in East and Southeast Asia. For the moment, however, the terms for a more distributive control of the global commons will have to be patiently negotiated not only by the defense, finance, trade and environmental ministries but also by the chambers of commerces across the world.